I hate friend-spam emails.
I’m not talking about the computer generated “SUPERS1ZE_YOUR BABYMAKER” ones (lord knows I love those…), I’m talking about the mass of forwarded mail you get from older relatives, really lonely coworkers, or friends that are actually losers. The FWD:RE:FW:: MUST READ!!!!! in the subject line is a pretty big giveaway. Usually they consist of either an obviously photoshopped image of something oMgCrAzY (bonsai kittens anyone? really?) or a heartwarming story that if you don’t pass on to at least 10 people, you will never find love. Or happiness. Or that one sock you’ve been missing for a week. 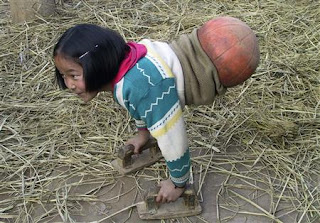 Hovering over my mom’s shoulder (as I often do) and watching her go through an unending flow of friend-spam, I finally broke down and started ranting about how ridiculous and obnoxious these emails are- passing along warm&fuzzy stories or shocking images to what purpose? To make gullible old people worry even more about the evils of the world? To enlighten any one who might have needed justonemore Jesus story to finally believe? They’re dumb, fake, and a waste of the reader’s time and energy. I usually just delete them on the spot, and I suggested she do the same (srsly mom, trust me, I know what I’m talking about. I beat the internet. The end guy was hard.) I even decided to take it a step further, look one up, and prove they were lies.

…Unfortunately, I lose at life.
So uh, in case anyone was wondering, that basketball girl does actually exist. Oops. Now my mom thinks it’s funny to say that everything she sees is “so obviously photoshopped” just to mock me. I’m living an xkcd comic, and a cosmically ironic one at that.

On the bright side, new Ratatatatatat! Huzzah!
Get ready kids- their album releases July 8. w00t.

PPS: Speaking of xkcd, who calls RULE 34 on that basketball girl, eh? Anyone? Anyone?